Actress Kangana Ranaut has suffered an injury while shooting ‘Manikarnika – The Queen of Jhansi’ in Hyderabad and has been advised rest for five days.

Kangana got severely injured during an intense sword- fighting sequence with co-star Nihar Pandya, when the latter’s sword accidentally hit her forehead, causing a deep cut.

The 30-year-old actress was soon rushed to a hospital and got 15 stitches on her forehead. The doctors have also advised her to rest for a few days.

“I am a bit embarrassed to be thrilled to have a battle scar on my face. Also, people from my team have been telling me that it’s like that Peshwa teeka that Manikarnika wore,” Kangana said in a statement in Mumbai.

“It’s a bit dramatic but I am excited that my face was covered in blood and I got a genuine and authentic glimpse of the Queen’s life.” 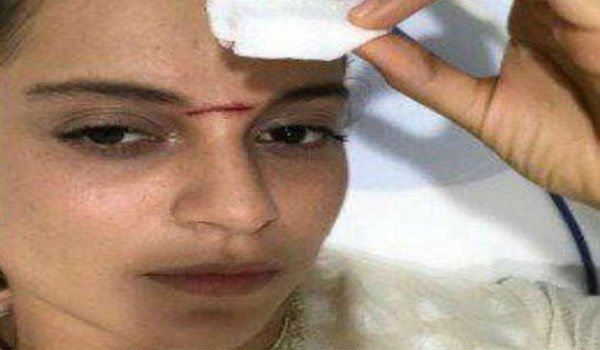