Careem Managing Director Junaid Iqbal on Tuesday claimed an inspector general (IG) of police tried to force his son’s job application to the top of the pile despite him being highly qualified.

“An IG Police called me this morning lending his support to his son’s application for a job,” Iqbal said on Facebook.

Upon telling the police official that such a situation may decrease chances of his son being appointed for the position, the IG police replied, “Lagta hai aap nay Pakistan mein pehli dafa kaam kia hai,” [seems like you’re working in Pakistan for the first time], the Careem MD added.

The post further stated how Iqbal explained the applicant’s father the hiring process. “He was kind enough, he listened, he understood, I gave him the email address of our recruiter and also the Jobvite link,” the post read. However, what happened next left Iqbal in a state of shock. 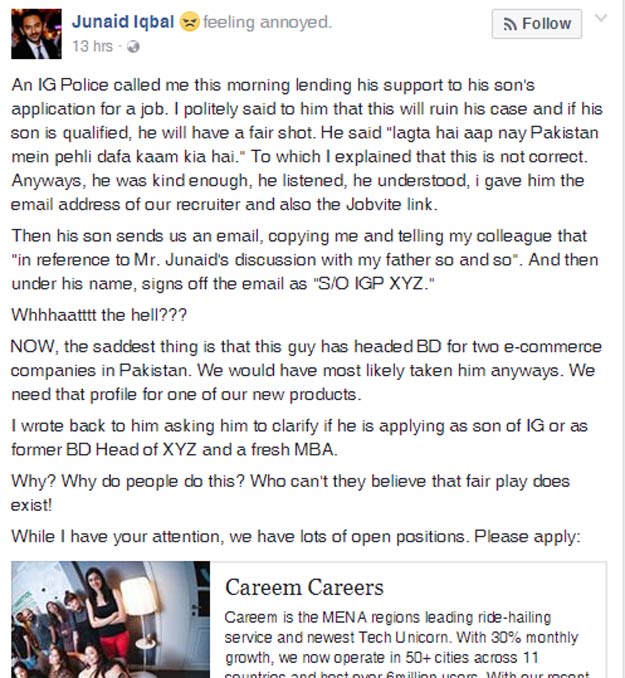 The applicant’s email read, “In reference to Mr Junaid’s discussion with my father so and so.” And then under his name, signs off the email as “S/O IGP XYZ.”