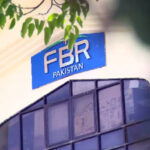 ISLAMABAD: The Federal Board of Revenue (FBR) has directed its field formations to furnish the details of Tier-1 retailers integrated with Point of Sales (POS) system.

According to details, the tax department has directed all regional, large, corporate and medium taxpayers’ offices to provide details regarding Tier-1 retailers identified and integrated with POS, so that action could be initiated in cases under clause 25 of Sales Tax Act, 1990.

The integration of Tier-I retailers with POS was initiated by the FBR as part of its vision for ‘transparency through IT services’, wherein a substantial amount of time was given to retailers to integrate with the system. Although an encouraging number of Tier-I retailers have been integrated with POS, the desired levels are yet be achieved in this regard.

The department has directed the officials to furnish details of Tier-1 retailers till February 1 in order to ascertain the actual quantum of integration so that certain policy adjustments could be made to bring more Tier-I retailers in compliance with POS.