Khawaja Muhammad Asif has been serving as Minister of Defence and Minister of Water and Power and is reportedly a top contender to be the next prime minister of Pakistan in case the Supreme Court disqualifies PM Nawaz Sharif.

According to the new documents, the defense minister is drawing a monthly salary of AED50, 000 from an Abu Dhabi-based company.

The federal minister did not mention the income he is earning through his employment in Dubai in his nomination papers. 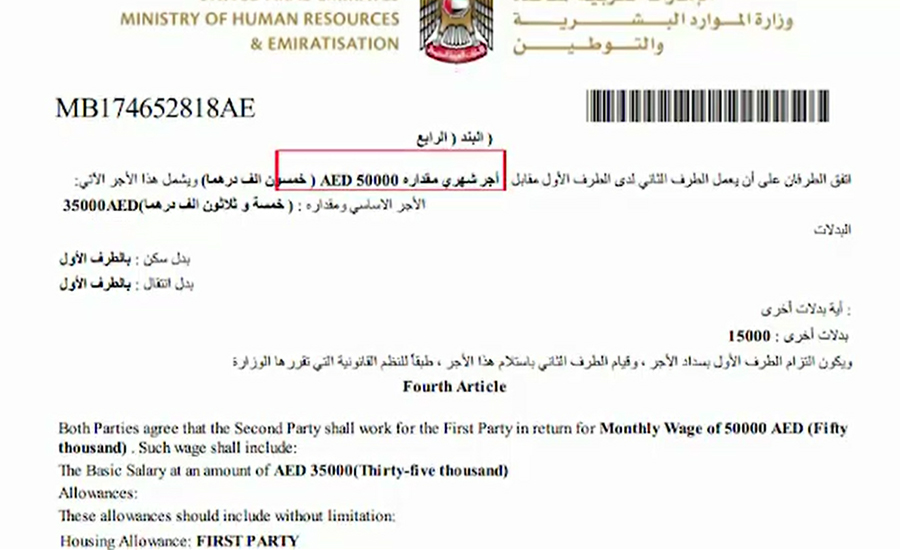