They discussed the country’s political situation and party affairs.

Nawaz Sharif also discussed his appearance in the accountability court with the prime minister. 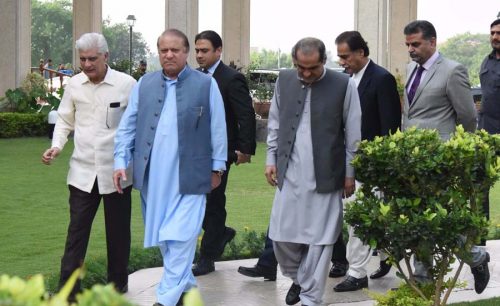 During the meeting, matters relating to the political situation and his appearance before the accountability court were discussed.

Earlier upon his arrival at the Benazir International Airport, Nawaz Sharif was welcomed by a large number of leaders and activists of Pakistan Muslim League-Nawaz (PML-N). He reached Islamabad by PIA flight PK-786 at around 8 am.

Breakaway European Super League ‘would not be recognised’ by FIFA

China has promised to provide 500,000 doses of coronavirus vaccine to Pakistan by January 31: Qureshi