LAHORE (92 News) – Police have on Tuesday apprehended at least four facilitators of yesterday’s massive suicide blast in a vegetable market in the provincial capital which left 26 people including police personnel dead and dozens of others injured.

According to a news report published in the 92 News, the terrorists changed three houses in the last couple of days.

The news report stated that the terrorists also stayed in Balochistan and Khyber Pakhtunkhwa.

The report further said that the terrorists attack was being monitored from Indian consulate in Afghanistan. 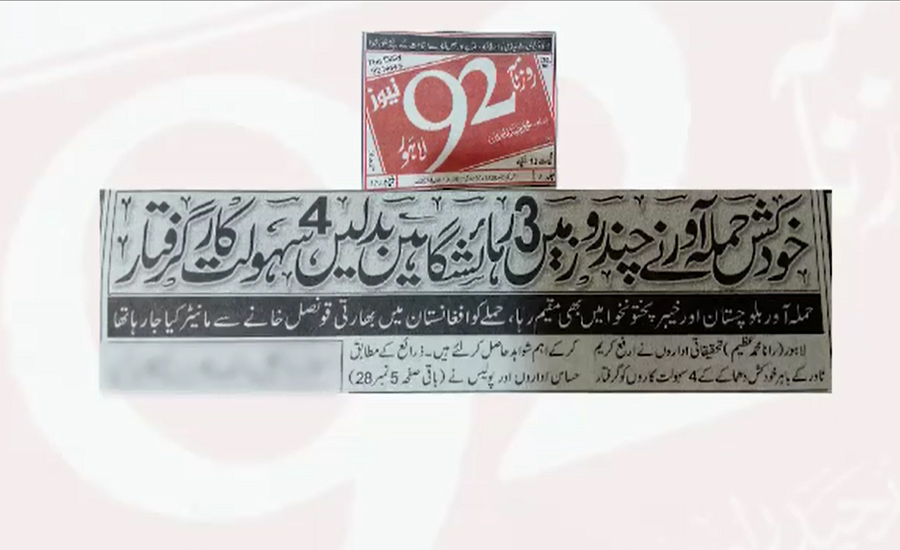 Earlier, a suicide bomber had killed at least 26 people, many of them police, in Lahore on Monday, an attack which shattered a period of relative calm in Pakistan’s second-largest city.

Breakaway European Super League ‘would not be recognised’ by FIFA

China has promised to provide 500,000 doses of coronavirus vaccine to Pakistan by January 31: Qureshi