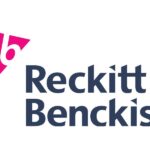 KARACHI: Following a media review which began in September 2020, Reckitt Benckiser has selected Blitz Advertising as its new media agency to determine the best planning strategy and buying options for its Rs1.2 billion ($7.5 million) media budget.

As first reported by Profit, Reckitt Benckiser only agreed to shortlist media agencies that are owned by an advertising network or are an affiliate of one. By this rule, the bid will be sought by Adcom ZenithOptimedia, Starcom, and Blitz Advertising on the Publicis Media side, Synite Digital on the Dentsu side, Media Axis on the Havas side, and Orient McCann from The Interpublic Group of Companies side. Omnicom Media Group were the incumbents.

The rationale for only selecting a media agency under an advertising network or are an affiliate has to do with having the financial muscle, negotiating power, analytical tools, data, talent, and technology to execute seamlessly.

The $7.5 million media review was a detailed pricing grid managed globally where they have a gross rating point and reach requirements for each month on different audiences. The participating media agencies were expected to quote a cost per rating point (CPRP) for each brand each month. The brands are Cherry Blossom, Disprin, Gaviscon, Harpic, Mortein, Strepsils, Veet, Dettol Soap, Dettol Surface Cleaner, Durex, Bonjela, and Disprol.

Blitz Advertising CEO Ahsen Idris declined to comment for this story, claiming that he has not received official confirmation from the British multinational consumer goods company adding that he does not have any official communication on the outcome of the pitch.

This story will be updated once a quote from the winning agency is provided.